I have for you another drawing that is fresh from the drawing table. This time around it is an Ape (Gorilla)! With this somewhat mundane monster we conclude the "A" monsters! Not to take the simple path I thought the Ape (Gorilla) needed an appropriate twist to live in the D&D world that I am creating. I present to you my version of an Ape (Gorilla)… 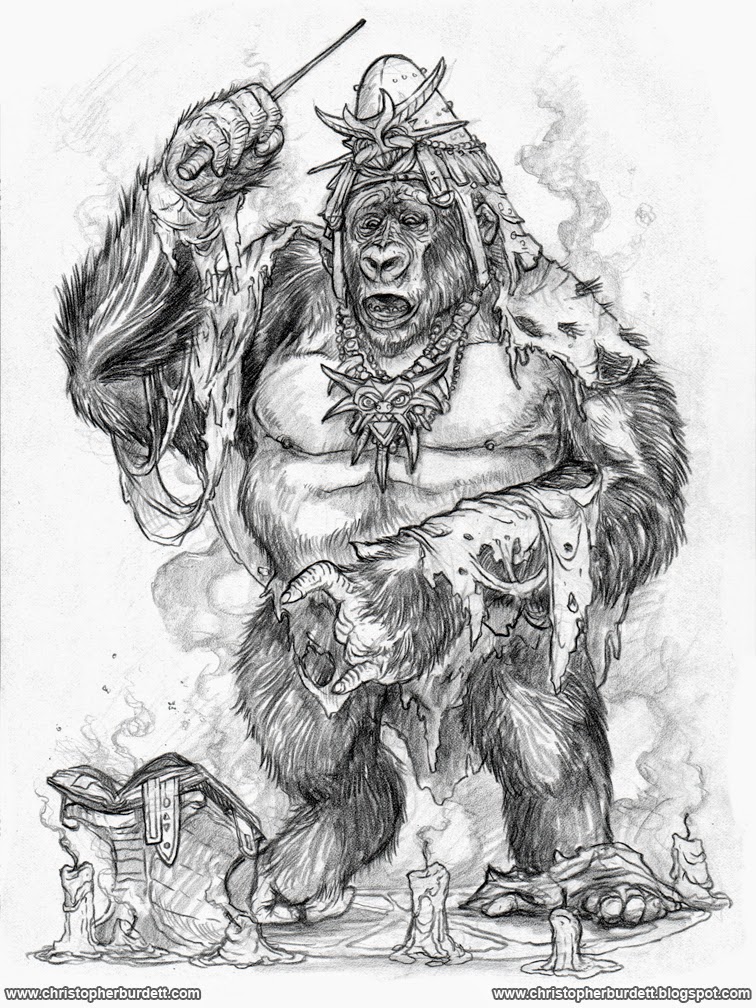 Sometimes... when the wizard or druid "accidentally" permanently turns themselves into a Gorilla you really need to have those stats ready to go. You never know when that ancient tome of forbidden lore is just a cleaver trap or when the wizard is going to roll horribly at the worst possible moment... Hey, is that wizard about done with that spell to give themselves the strength of 5 men? Did they just roll a '1'? I wonder what HILARIOUSNESS is about to take place? To be honest, I think it would be totally awesome to have your elf wizard now be a gorilla wizard... think of the great roll play opportunities!

With the completion of all the "A" monsters ONWARD to the remaining "B" monsters! There are sure a lot of mundane monsters in "B", I am going to have my work cut out for me.

That's all for another exciting week on the blog, see you back here on Monday! Until then...