I have for you another drawing that is fresh from the drawing table. This time around it is an Aerial Servant! Making my way through the remaining "A" monsters. This time around "A" offers up an invisible monsters that likes to carry gold and can be very temperamental... at least those are my takeaways from the Monster Manual description. I present to you my version of an Aerial Servant… 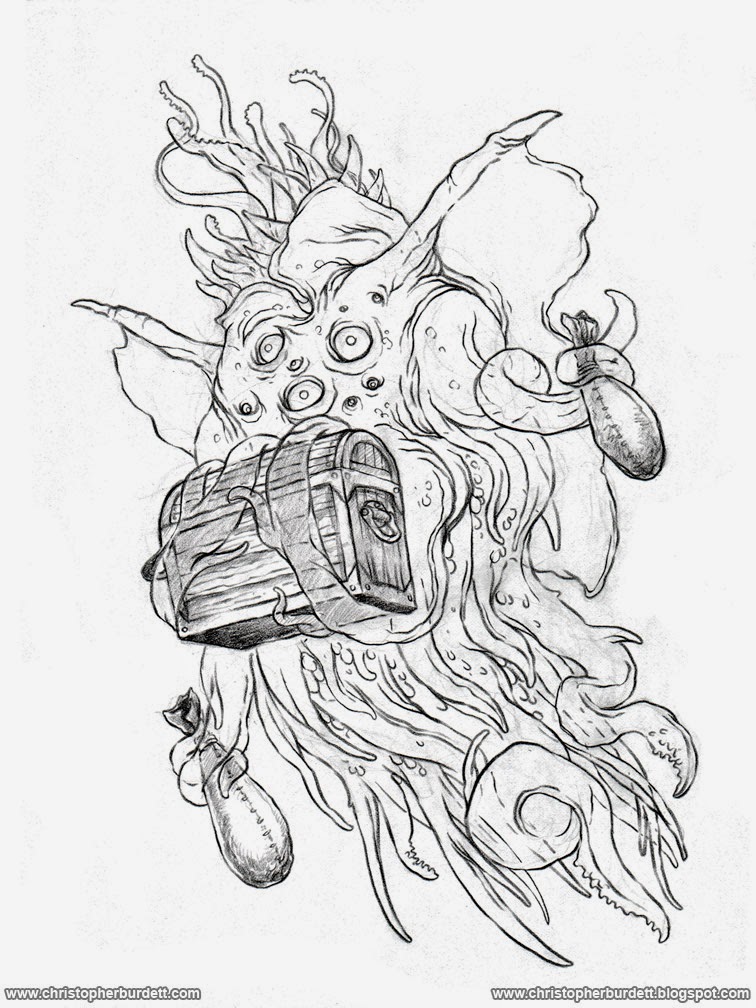 Controlled mostly by clerics... invisible... has its strength described in how many gold pieces it can carry... and could potentially go crazy and start attacking everything around it... Where can I get me one?! When I first thought about approaching this one I envisioned something more humanoid that would in fact be not represented on the page. I had actually planned to just draw the attire it wore to carry all the gear and gold for the adventures. Harnesses, straps, and bags floating in midair over an invisible form. ...then the call of the tentacles hit me and I ended up designing a crazy tentacle air beast. It is still good at carrying gold and would be invisible. I might use my floating attire idea for another creature... so no stealing that idea just yet!

One "A" monster remains! See you back here next time as I conclude another letter of the original Monster Manual.

That is all for another exciting week on the blog, see you back here on Monday for a new traditional painting! Until then...