The Books Are FINALLY Here!

*UPDATE! The Grand Bazaar of Ethra VanDalia is NOW AVAILABLE!*

While those that had backed the Kickstarter have gotten, are getting, and will soon receive their copies of The Grand Bazaar of Ethra VanDalia, I have been patiently and not so patiently awaiting the arrival of all of my stock. They arrived at the port of Jacksonville three weeks ago, or so I am to understand. Over these past three weeks, the books went on a little adventure, or so I am told by the delivery driver. All of his shipments come out of Atlanta. If this is true, the books originated in China, went to New York, to Florida, to Atlanta, and finally back to Florida. Not sure how accurate that is, but it makes for a fun story. All of that is now moot because the books finally arrived yesterday!

Four thousand pounds of books is a lot of books. Since this is the first one and will be my primary source of income at conventions, events, and online sales, it was decided to aim high, though we may have gone a little overboard. At least we will have plenty to sell while I work on the next book(s).

I will be getting the books onto my store with all haste. Aiming to have one listing with all the various purchasing combinations. What will not be available soon will be the enamel I am still waiting for those to arrive. I will, of course, be making announcements when everything is available for purchase. Now, let's have a look at the books arriving yesterday! 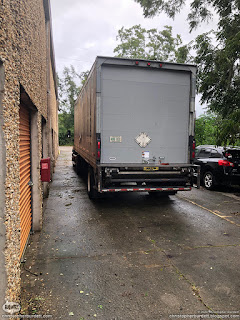 There was some concern that the truck that would arrive would not be able to reach or storage space, but in the end, it reached its destination. 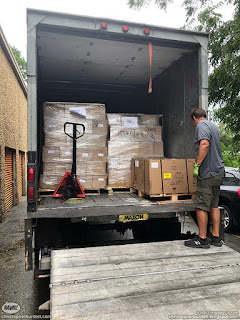 I had an idea of what two tons of books would look like, but once they arrived and were four feet off the ground, they looked a lot bigger and heavier. 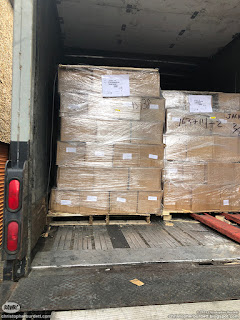 They were very... secure on the truck, and it took a bit of work and two people to get them unstuck and of the truck. There were perilous moments as the palettes teetered on the edge of the liftgate, but the delivery person was a pro and made it happen. 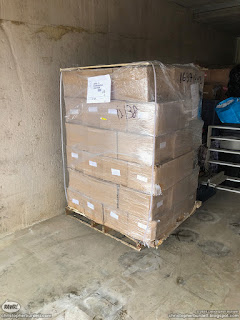 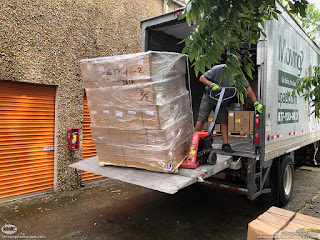 The second palette of books was the most nerve-wracking because the palette was in a sad state, and it wobbled towards the edge of the liftgate continuously. 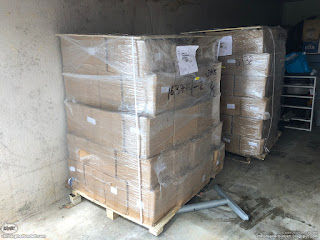 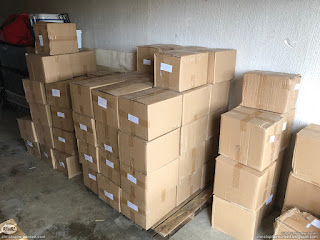 We needed to go through all the boxes and all the books to check for damage, defects, and to get a final count. We ended up moving all four thousand pounds of books at least once. Some of the boxes were moved two or three times. Fun times, but it needed to be done. 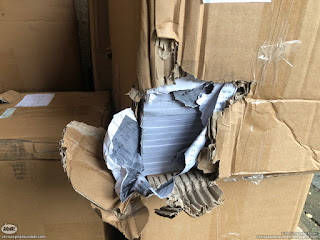 It was expected that there would be damages from shipping. Even though it was clear from looking at the boxes still on the truck that there would be damages, it was surprising just how little was damaged even when boxes were torn open with books exposed.
And just like that, we have books! Again, I will be making every effort to get the books onto the store ASAP. Please be patient and I will let everyone know when they are available!

That's all for another exciting Tuesday on the blog, see you back here on Wednesday! Until then...