Star Wars Outer Rim - The Return of the Rancor

I have for you today another instance of my Star Wars work showing up on another Star Wars product. This time around, I have for you Star Wars Outer Rim from 2019. I was alerted to it at Gen Con 2019 when people were remarking that my Rancor was in it. The Racor in question was initially painted in 2016 and saw use in the 2017 release in the Jabba's Realm expansion for Imperial Assault. Let's dive in and have a look at Outer Rim. 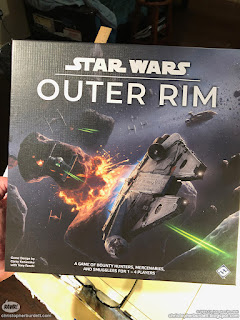 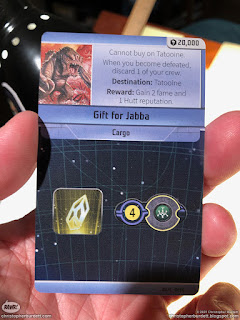 Ah! Now we are getting somewhere. There is a card with a tiny little image on it. Let's get closer! 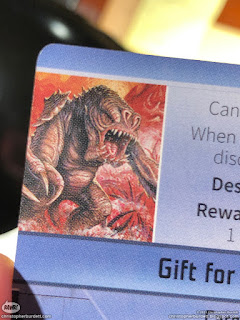 There we are! That little red bit on the card is my Rancor painting. Oh well, My work has been printed smaller.

Lastly, here is the original Rancor illustration. Look how happy she is stomping around on Dathomir playing with the Sith Witches and having a grand time. Not all cooped up in the corner. Nobody puts Rancor in the corner. 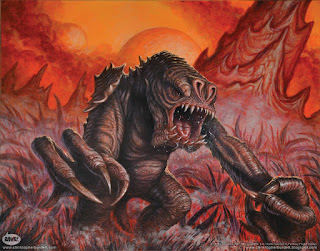