The project that will never be... Part 2

While at Gen Con I unexpectedly got permission to share with you the following images that I produced for a project that will never be. I got this permission under the agreement that I can not discuss ANY details about this project... not even the company I produced these for. SO, with that in mind I ask that you not try to guess who or what this was and for whom they were produced. I would hate to have to pull this post down.


Earlier this month I shared with you the first of these two unproduced pieces. While the creation of this one was not as colorful as the previous one I shared, there was still a lot to time, work, and effort put into these drawings. SO, nearly 3 years after creating this I can now share it with you. This project may not have worked out the way I had hoped, but at least now I can share with you all the work I did... 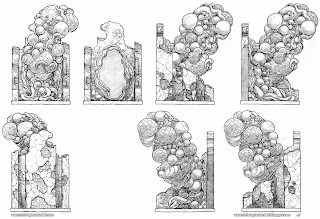 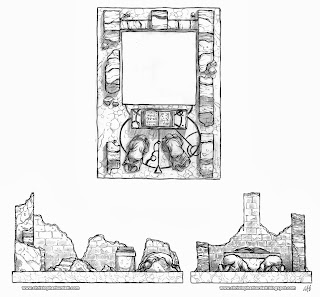 As before, here are some of the initial concepts that I did for this piece. Again, I was working on paper throughout the entire concept process... cause I like to draw and stuff... 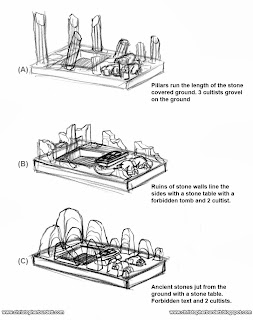 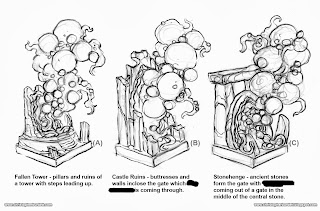 What was lost to the trials and tribulations of production cancellations now drift off into the microcosm of the internet. ...to be as unseen there as it was unseen in a stack of papers in my house...


For more samples of my work or to contact me regarding my availability head over to my website: www.christopherburdett.com
Posted by Christopher Burdett at 9:12 AM