I have recently contributed again to the extremely awesome The Official Handbook to the Marvel Universe REDUXE Edition (OHOTMU Reduxe) blog. You will remember that this blog is redesigning, reinventing, and otherwise recreating all of the entries in the Official Handbooks of the Marvel Universe. My previous batch of aliens can be found HERE and HERE. For my thrid, and more likely final contribution I tackled HUGE group of crazy mutant alien proto human things... I present to you my take on the Deviants... 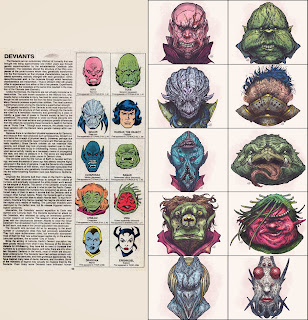 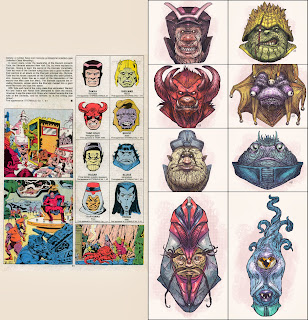 These all took a bit of time to finally finish up... I have in fact been working on these off and on since April! A labor of love. Now that they are done I am a little surprised how much I put into them. They were fun... but 18 is a lot of portraits. Here are some larger uncropped image of them all so you can get a better look at them... 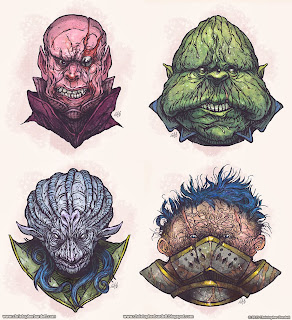 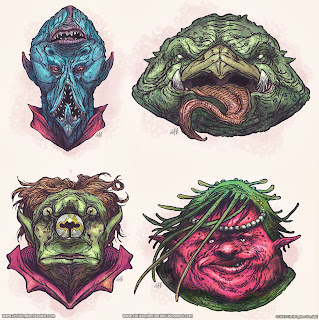 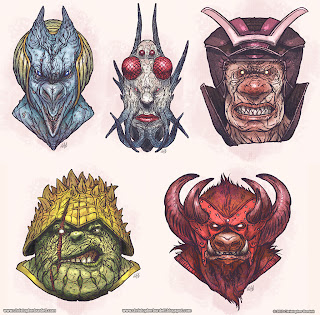 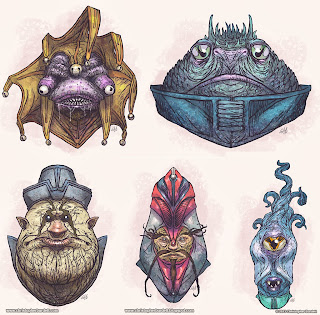 That is all for another exciting week on the blog, see you back here next week! Until then...


For more samples of my work or to contact me regarding my availability head over to my website: www.christopherburdett.com
Posted by Christopher Burdett at 9:00 AM