I have another new(ish) Star Wars piece for you today! This piece was spoiled at Gen Con with the early release of the expansion to the Star Wars Card Game, Ancient Rivals. The expansion came was released officially a short time after Gen Con and my blog schedule is finally opening up for me to share it here. Enough yammering, here my piece titled, Fortified Holding Cells... 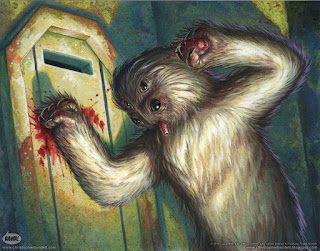 That poor unfortunate Talz. It i definitely having a bad day The Talz was on my list of Star Wars aliens and monsters I really wanted to officially paint, so this was a fun piece to receive for sure. I usually jump at any opportunity to illustrate any of the original trilogy creatures. Fun fact: while other of my completely bloodless Star Wars illustrations have been deemed too violent, this one, with splattered blood, bloody hands, and droplets of blood in mid air made it through with no comment. Here is the drawing that I did for this piece... 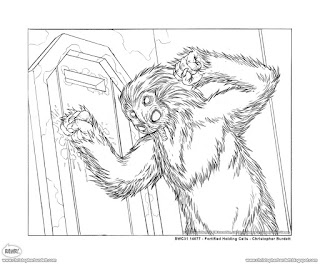 Last, but not least here is a image of the card this painting was created for. It uses the football template so there is some lose of the image due to the chrome of the card, but the important stuff is still there. All in all, it turned out really well... 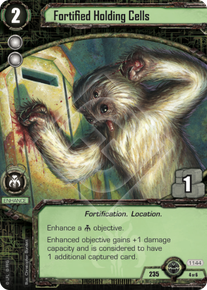