In 2015, I produced a series of monster paintings for the good folks over at Monte Cook for use in their Into the Deep Kickstarter. I was given an enormous amount of creative freedom that allowed me to have a lot of fun designing underwater monsters. It was one of those perfect assignments that usually come around when I am too busy to take them. This time it all worked out. While the monsters ended up being used as part of Into the Deep, some were used in other products, one of them being the Numenera Creature Deck 2. I believe this was put out around the same time that Into the Deep was released, but I only learned of it relatively recently. There is something about seeing my art of cards that I have always appreciated. I am sure it goes back to when I collected trading cards, played Magic the Gathering and Decipher's Star Wars game, and those early days of pining to work in the industry. Here is a look at the return of the Rythcallocer. 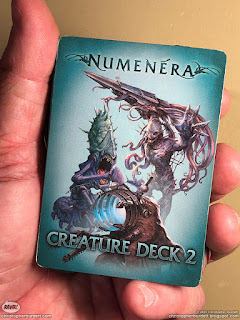 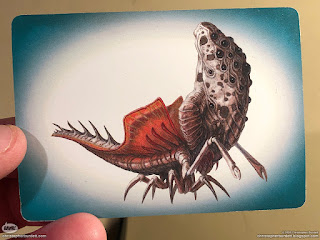 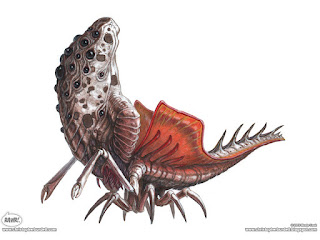 While all of the monsters that I made for this project were fun, this one was the most alien and still has a special place in my heart. The head area is a design I came up with in 2004/2005 for some personal work that never ended up being created. Always fun to reach back and bring something to life you envisioned so many years before. Glad to Rythcallocer getting to run around and play a little bit more than previously planned.

That is all for another exciting Friday on the blog, see you back here next week! Until then... 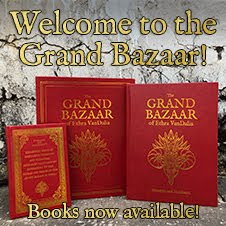 Christopher Burdett
Christopher's career began in the special makeup effects industry. He designed and created creatures for various television and film projects, including Buffy the Vampire Slayer, Angel, and Firefly, as well as many horror and monster movies. For the past fifteen years, Christopher has worked in the tabletop gaming industry, specializing in monsters. Book illustrations, trading cards, miniatures, anytime monsters are involved, Christopher is interested. Most recently, he has been focusing on building a world first envisioned twenty-two years ago. The Grand Bazaar of Ethra VanDalia is a book of monsters and stories, written and illustrated by Christopher and is the first book in the series. The book, a Fifth Edition D&D stats guide, coloring book, enamel pins, and the original work from the book are now available!