Late last week the newest deluxe expansion, Galactic Ambitions, to the Star Wars Living Card Game was announced. It just so happens that in the announcement article that both of my cards appearing in this set were spoiled! I will be sharing one with you this week and one with you next week. First up is the mighty bounty hunter droid, 4-LOM... 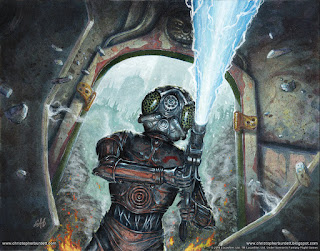 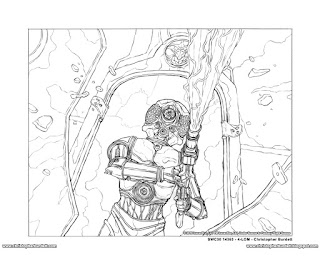 I received this assignment when I reentered the country after having been in Italy and German for close to two weeks last summer. I had already worked on a piece for Galactic Ambitions (look for it next Monday) and had long since turned it in before the trip to Europe. 4-LOM was a straggler and had a ridiculously tight deadline, something around five days from start to finish. I almost didn't take the assignment until I saw it was for 4-LOM. Any other droid, save for IG-88, R2-D2, or C3PO, would not have gotten that type of attention from me with only five days for thumbnails, drawing, and full painting. It came together, thankfully, very fast and I made the deadline with time to spare. AND, I am really happy with how the piece turned out. 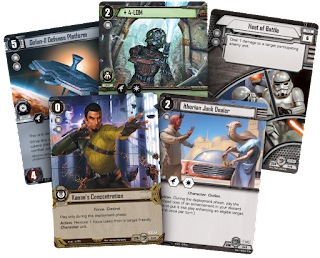