For this installment of my work on the 5th Edition Monster Manual I have for you the mighty Kraken. I did not design this particular monster but I did illustrate it. The design work for the Kraken was handled by the super amazing creature designer Brynn Metheney and it was a HUGE honor to illustrate one of her designs. Here is my Kraken illustration for the 5th Edition of Dungeons & Dragons... 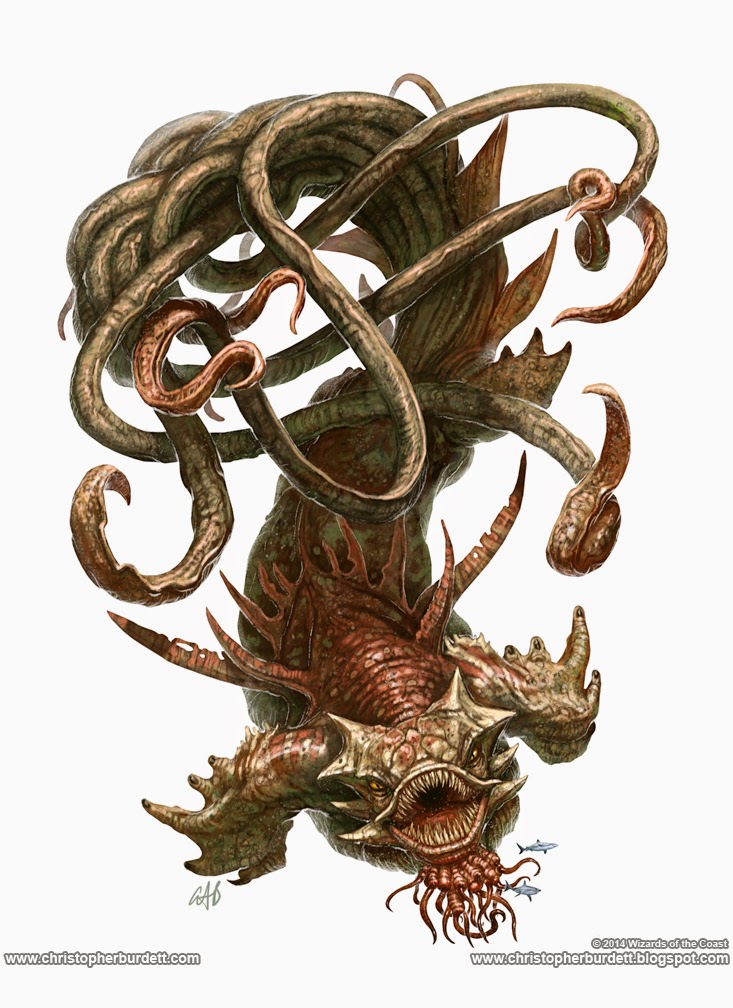 As mentioned before, we were asked to create an additional series of detail sketches that would be used in the design of the book. Not all of the drawing got used for all the monsters, but they were part of the process. Here are the details sketches that I created for the Kraken... 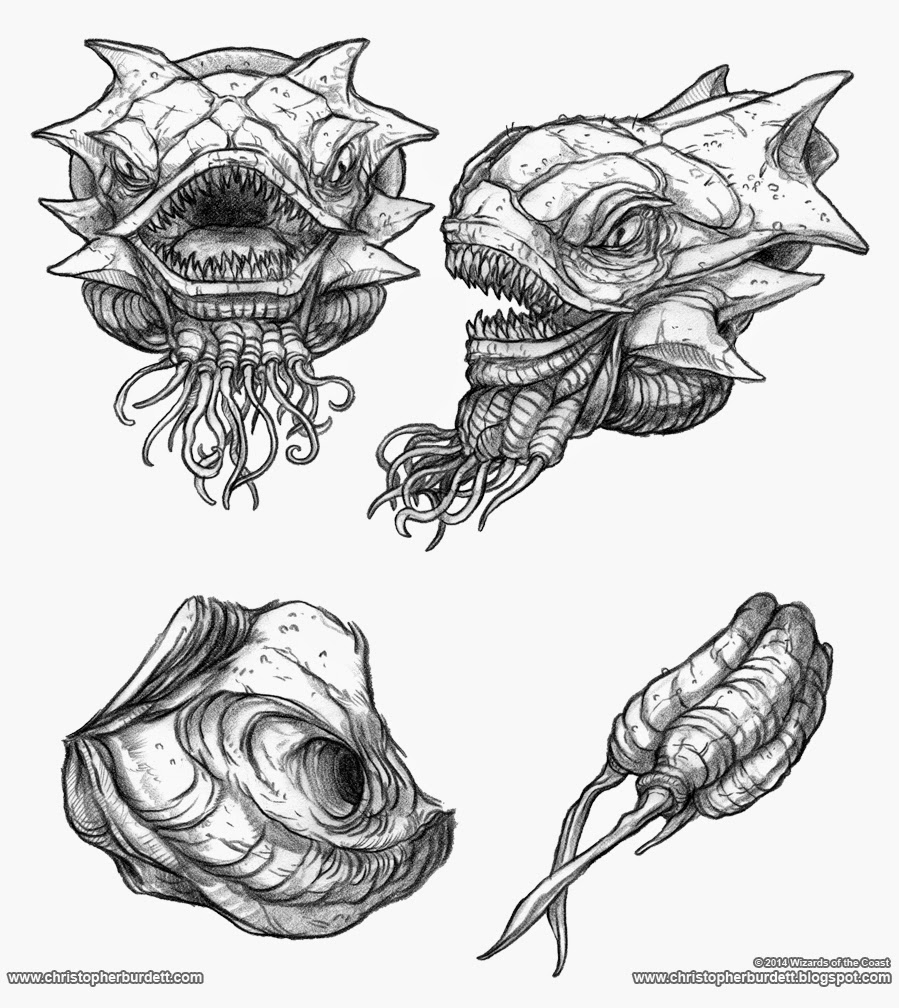 I will not be sharing the concept work that I used to illustrate the Kraken at this time. As far as I am aware Brynn has not shared her work on it and I am not going to beat her to the punch in displaying her designs. When I post about the process of painting this piece in the coming months I will then share the concept work. What I can mention now is that in the process of illustrating the Kraken I was asked by production to tweak the face/head of the Kraken. More on this as well will be shared in the process post.

Some cropping aside, the Kraken ended up in the book nice and big, but I don't think any of the details sketches made their way into the book. Here is a bad photo of the Ankheg page I managed to take at Gen Con... 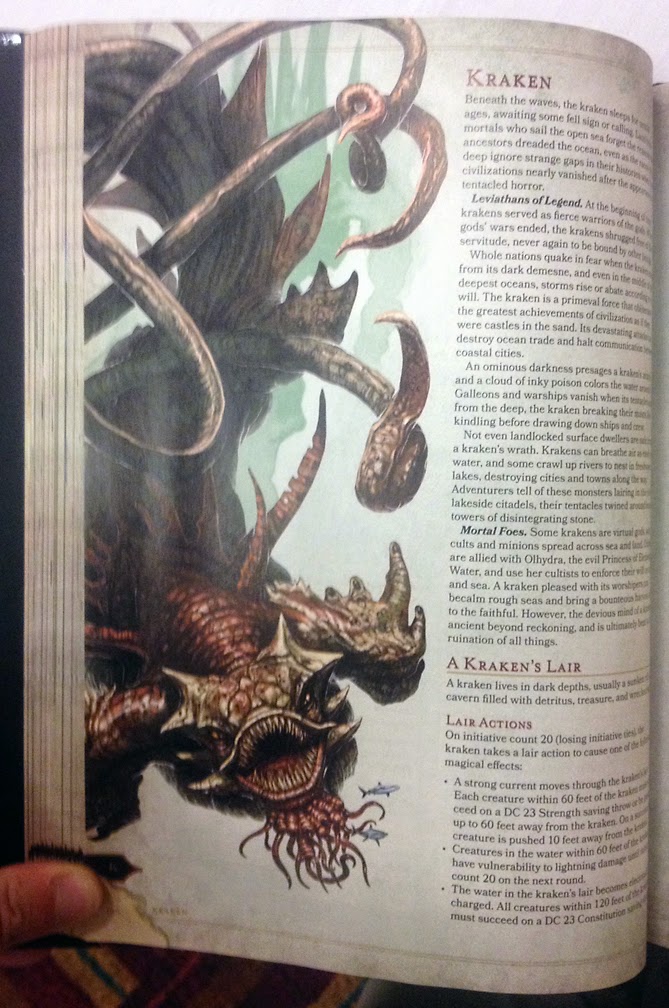 Handy dandy book version of the Kraken for all your RPG needs!

A HUGE THANKS to Jon Schindehette for all the monsters and direction during the design phase of 5th Edition (and for including me in the process to begin with!) and to Daniel Gelon for the art direction on the illustration!

That is all for another exciting Wednesday on the blog, see you back here on Friday for MORE monsters! Until then...